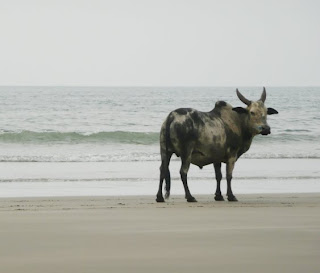 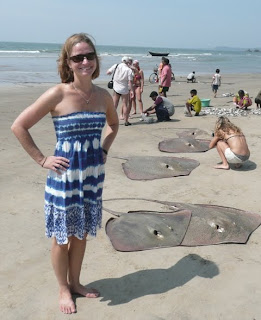 We have been scolding ourselves for the lack of blogging taking place in Mandrem, but dude, it's the beach! And after a few weeks of fast paced village hopping it was time to put the bum in beach-bum. So in an attempt to add some content for our followers I thought I would tell you about some of weird stuff we have seen during out daily beach walks.

The beach was really interesting and unlike any other we have visited. It was definitely the widest and flattest beach we had seen but that made for great running and morning/afternoon walks. Wooden fishing boats lined the water and it seemed that everyone who wasn't constructing temporary beach hotels were busy putting their nets to sea. 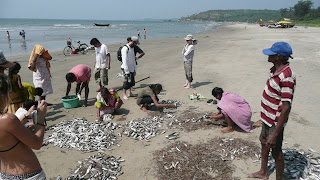 We happened upon a pretty interesting fishing phenomenon which I was later told was a lunar based event. For a period of 2-3 days fisherman were pulling in some pretty insane catches and it took upwards of 20 people to drag the nets up the beach and get the booty sorted. Probably the oddest part of the catch was the "school" of leopard rays. There were hundreds of them and everyone seemed really excited--I suppose this was the Indian equivalent of skate? The rays weren’t the only unfortunate critters being pulled from the sea. There were piles of small fish, prawns, and shrimp all being inspected and sold right off of the beach. The locals were all ecstatic and coming in droves to load up baskets of sea food haul them back home atop there heads. We even saw one guy tie a leopard ray to his scooter so he could drag it behind him. The beach side market lasted for the duration of the three days until one morning it had completely disappeared. Personally, I just hope they actually ate all of those rays.

Other fun sights included cows (duh, it's India), dogs, thousands of hermit crabs, and six armed starfish. We especially enjoyed the dogs who ran in packs and seemed to be running the beach. Their favorite activities included herding the cows on the beach and randomly picking "owners" on the beach to dutifully guard during their walk, yoga practice, or sun bathing. 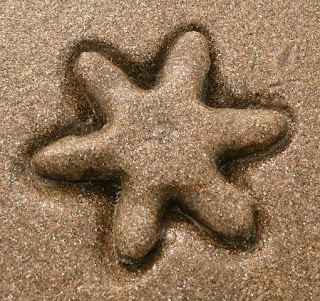 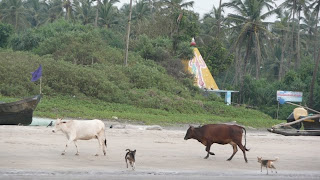 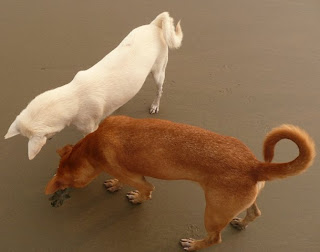