Yann will probably put something up about the end of our time in Nassau (swimming with dolphins, boating to Rose Island, and the freshest tuna we've ever eaten), but I just wanted to write something really quickly about being home.

We arrived back in Baltimore on Tuesday with minimal drama. We got up at 5:00 AM to pack a cooler of frozen seafood. Ross had given us some fresh fish his boat had caught during the weekend's sportfishing tournament, Sam had arranged to have 10 pounds of stone crabs ferried in from Spanish Wells, and we'd visited the dock in Nassau to get 10 fresh conchs. We bought two of those cheap grocery store styrofoam coolers to double up, fill with the frozen goods, and duct-tape the heck out of.

When we checked in, the agent told Yann that we'd need to open the cooler. Um, yes, we are idiots to have thought that we'd get through customs without having to open our completely sealed package. But whatever, no big deal, the agent assured us that customs would have plenty of tape so we could reseal it. And no, of course, we didn't bring the leftover duct tape.

US Customs did peek in the cooler, but didn't have much in the way of tape--just the stuff they slap on inspected packages that says "inspected by US Customs" or something like that. Yann taped the cooler up as well as he could and we crossed our fingers, figuring there was about a 50/50 chance of it getting to Baltimore unharmed.

Charlie met us at baggage claim in Baltimore and the cooler (and the rest of our bags) had made it! Dad met us at the curb and we headed home. Once we got settled, we checked the cooler and everything was intact--sweet! 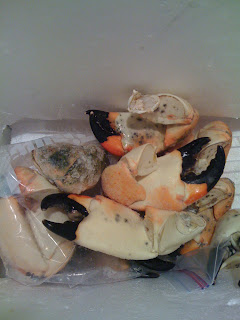 Charlie and Dad left us in the kitchen to get started on dinner. 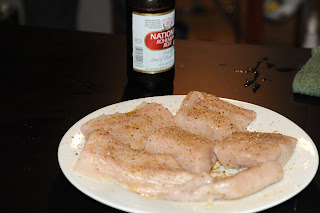 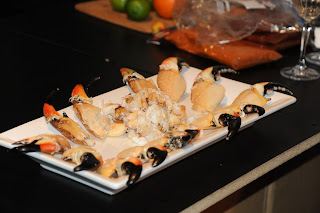 Kerry and Debbie made it in time for dinner, as well. I have to say, we had a fantastic time living it up in the Caribbean, but there's a lot to be said for a nice dinner at home with the fam. 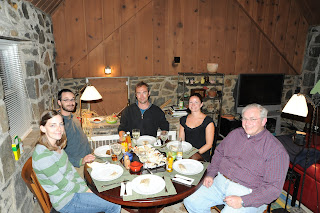 So the last couple of days have been productive. Yann and I met with an attorney to do wills and living wills, had our final visit at Johns Hopkins Travel Medicine for our yellow fever vaccinations and malaria drugs, met with our accountant, went to the bank, and went to DC to get visas for India and China. We thought we could knock it out all in one day, but it turned out that the Indian Embassy had to hang out to our passports overnight. Oh well, back to DC on Monday.

After we were done with that, we stopped by Kevin Richardson's place to visit our abandoned kitties. They are doing well (thank you Kevin!), but I think they've already forgotten about us. I guess they'll have to get used to us again in a year or so.

Then we headed over to Guy's to drink some beer in his backyard and wait for Kevin Hill and Daria to meet us for dinner. It was a gorgeous afternoon and, even though I'd sworn off beer for a bit, the beers were cold and awesome. We went to Granville Moore's for dinner. For anyone who has never been there (and if you're in DC, I doubt that is even possible), it is full of mussel-y, beer-y, frite-y, and aioli deliciousness. Yum! 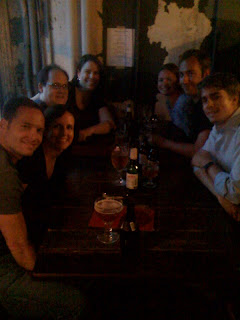 Tonight we're off for dinner with Lindsay at Porter's in Federal Hill. I know we've only gotten a tiny taste of travel compared to what lies ahead, but I suspect this will become more and more true. Traveling is a blast, but it's really nice to be home for a little while.
Posted by Catherine at 3:40 PM