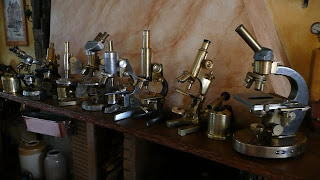 I let Steve and Yann do most of the planning for our three weeks in Madagascar. It’s hard enough sometimes with just the two of us and with Steve on vacation, I figured I’d let the male majority rule. Plus, I’d decided to start reading up on India while we were in Mombasa….and maybe I was feeling a little lazy!

Anyway, my point is that the trip kind of snuck up on me. The night before leaving Kenya, I made sure that I knew the name of our hotel (yes, I am the memory in this operation) and then I reread an email from Lindsay (who spent a semester in Madagascar). Shoot…kind of managed to block out the fact that I’d need to speak French again.

When we arrived in Antananarivo (Tana for short), we made it through customs with little incident and met Rija and Mamy, the tour operator and driver that Yann and Steve had been talking to. We hadn’t wanted to wire Rija the deposit for the trip we’d planned once Steve arrived in a week, so he offered to pick us up at the airport so we could settle up with him. Awesome, everyone wins. 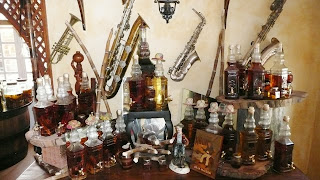 Within about twenty minutes, we pulled up to our hotel in the middle of Tana. After quickly tossing our bags in our room, Yann ventured back out with Rija to collect some cash so we could settle up. That is its own story, but I’ll leave that for Yann. I got online to figure out where we’d stay for the couple of days between Steve’s arrival and our departure for the trip.

About three hours later, Yann reappeared and we decided to go for a walk around town and finally grab some lunch. We were both completely in awe of the city and this would gradually grow into an awe of the country as the next week passed. At that point, we couldn’t put our fingers on it, but I think we’re starting get a better feeling for it.

It starts with the fact that Tana isn’t as densely populated as most of the cities we’ve been lately. (nor is Madagascar as a country) There are only about five million people and even wandering around the crowded markets was pretty spacious. It’s also just gorgeous—built into a hillside and bright green against all of the brick buildings and blue sky. I’ll just ignore the pollution…it ruins my picture. ; ) Even though it’s obvious that a lot of these people have very little (and this becomes far more pronounced as we travel around the countryside), it seems like people really care for what they do have and are very dignified and graceful.

Anyway, I’m feeling kind of icky with western tourist guilt thinking all of this stuff. But the market was really fun—we’d been sort of sheltered in Kenya and it was fun to get out and mingle in the crowds. We saw all kinds of fruits and vegetables and loads of salted, dried seafood reminiscent of SE Asia (said Yann). We also saw a lot of paintings, needlework, and woodcarvings—maybe Madagascar would be a good place to find some art!

We finally decided to head back to our hotel. We ran into a few little boys—I don’t think they could have been older than seven. They immediately pulled off their hats and demanded money. We shooed them off and kept walking. Not more than thirty seconds could have passed before a woman rushed up behind me and grabbed one of the little boys by the hand. She handed over a few crumpled bills and admonished me, “faites bien attention, madame!” (pay attention!) The little boy had picked my pocket! The side pocket of my pants that had been *zipped shut*—so much for thinking “there’s no way someone could go in there without my noticing!” Well, good lesson, I suppose. It was only cash, no documents or plastic, and I got my ten bucks back...thanks to that woman noticing the silly American tourists…

[As a side note, anyone care to opine on giving money to begging children? We make it a policy not to since we don’t give money to panhandlers at home either and, more importantly, don’t think that it actually does much good for the kids themselves.]

Back at the hotel, we got ready for dinner. In addition to being a nice hotel, the restaurant was supposed to be the best in the city. I started with tuna and had a zebu filet (I think the zebu only lives in Madagascar and is very similar to the cow) for my entrée. Yann started with shrimp and had lamb two ways for his entrée. It may have been one of the best meals we’d ever had, especially for the price. For any of you considering it, Madagascar is *extremely* reasonable—once you get there, of course! So far, it’s been even less expensive than Egypt.

After dinner, we went to bed fairly early. The next morning, we had a driver picking us up to spend eight days driving down RN7 to end up on the SW coastal town of Ifaty. 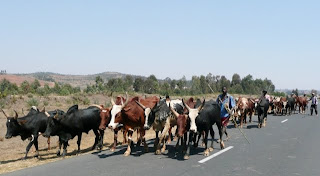 Posted by Catherine at 4:03 AM