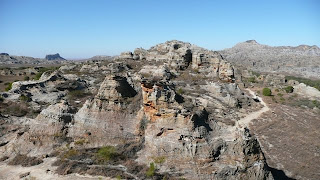 Isalo National Park was so pretty and I'm really sorry we only got to spend a day there. Actually, if we ever got to return to Madagascar, I think our number one priority would be to spend some time really trekking through the parks. We could easily spend months here!

Anyway, we got moving pretty early, picking up our guide, Daniel, around 7:30. He'd bought our park passes the night before, so we hit the trail immediately. The first few km were pretty barren and we walked up some rock formations to check out the views of all of the sandstone and spiky plants. There were these really cool succulents called elephant feet that looked just like miniature baobabs (we still hadn't seen any of the crazy looking trees at that point). We also passed by a ton of ring-tailed lemurs hanging out on some rocks in the woods--those things just don't get boring! They are so cute and animated. We also saw a few brown lemurs with a couple of babies in tow. 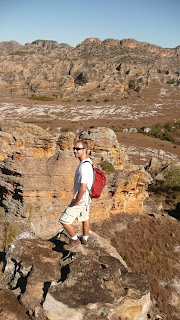 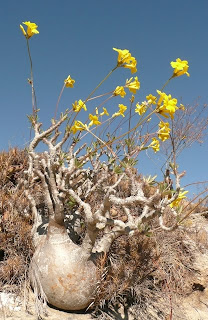 After that, we hiked into a canyon where there were these small falls collecting into completely crystal clear pools. Swimming in freshwater isn't really our thing (especially in developing countries), so we hadn't even bothered to bring swimsuits. However, I couldn't believe how clear the water was--it was tempting to take a dip anyway. Yann stuck his feet in the first pool (simply called piscine naturelle) and quickly ended the temptation. The water was frigid! 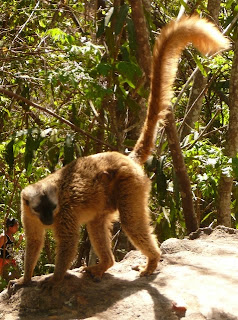 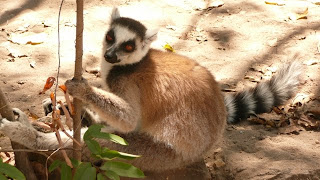 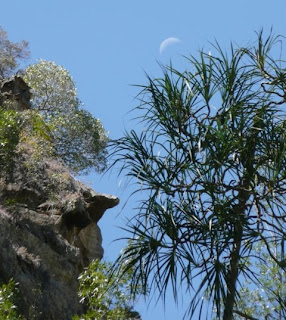 We continued on to the blue and black pools which were equally gorgeous. We'd managed to stay pretty well ahead of a large group of hikers, so we had a nice quiet lunch by the blue pool.

We chilled out for a few minutes and then hiked the other side of the canyon toward a waterfall. Along the way, we saw some dancing lemurs--these were our first. They were really cool, although we only saw them jumping through the trees. They get their names from the fact that they often walk around only on their hind legs, so they look like they are dancing.

Other animal sightings of the day included cardinals, a Madagascar hoopoe, a Madagascar fly-catcher, an enormous grasshopper, several stick bugs, and a few praying mantises.

We made it to the waterfall, which was also incredibly gorgeous. Then we finished up our 12 km hike and met Mamy back at the car. Such a pretty day--we'd love to go back and spend more time! 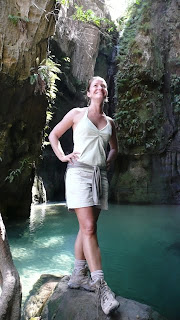 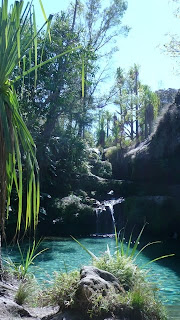 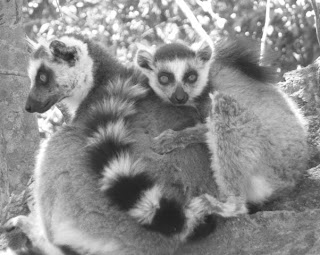 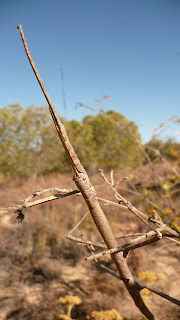 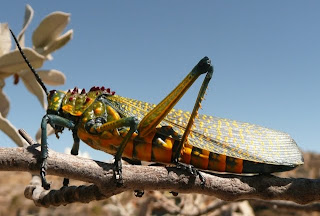 Posted by Catherine at 8:24 AM