Back to Tana and a Familiar Face 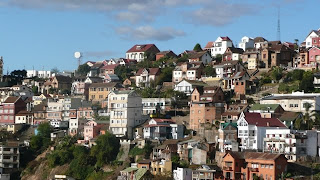 We woke up really early on Thursday morning to get to the Toliara airport and fly back to Tana. Once we got there, we'd meet up with Steve! After three months of spending almost every moment of every day together, we were really excited to see a friend. That, and he was bringing us some stuff from the States. :) 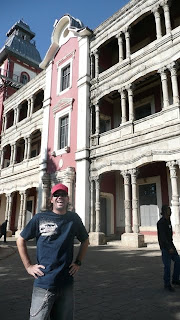 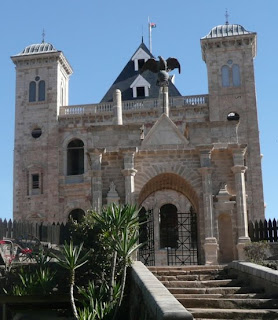 We all met up at the airport and headed to our hotel. We spent the afternoon wandering around the market and joking about all of the cultural differences we've noted--all of the stuff that is too politically incorrect to post on the internet! And, y'know, drinking beer. We had a wonderful dinner at La Varangue, the hotel where we stayed our first night in Tana ten days ago. That had the added benefit of putting us back in touch with one of the waiters, who had promised to procure some handmade malagasy kitchen knives. I can't say that I understand entirely, but Yann and Steve were both really excited about them.

Today, we all slept late (all that beer drinking), grabbed lunch, and wandered around the city. Well, Yann and Steve wandered more than I did--I've dealt with some administrative details (like the blog) and a bit of an aching head. ;)

Tomorrow, we're off for a twelve day trip--first to the west and then to the east! 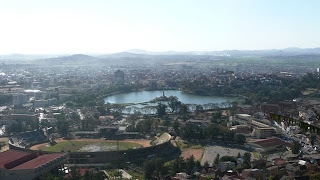 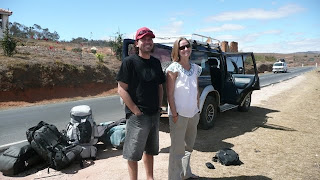