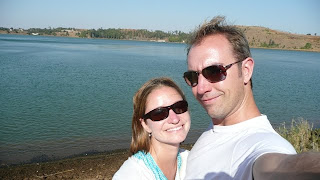 Mamy, our driver, collected us from our hotel around 9:30 AM. The plan was to drive about four hours through Ambatolampy to Antsirabe, where we’d stay the night.

The valley we drove through was incredibly beautiful—tons of green against red earth. We also passed a lot of farming with terrassed fields, each neatly sectioned off from the next. The most prevalent were the rice and brick fields. Yup, they farm bricks—dig up the earth in the plot, form it into bricks, stack them, and then fire them. That would explain why all of the little houses looked so nice. Despite poverty, most houses and shops are neat-looking brick buildings. Mamy later told us that each brick costs the equivalent of about three cents.

When we arrived, we checked into a modest hotel and went for some lunch. This was the beginning of our difficulty ordering in Madagascar. We need to get Mamy to take us somewhere for some legit Malagasy food. Everything he orders looks fantastic. Everything we order on the other hand….boring!

After lunch, we went over to Lake Andraikiba for a walk. It was really pretty and we passed a bunch of cattle, zebu, and laundry. It seemed like everyone in the village had picked that day to do laundry—maybe it was the pretty weather. We headed back into town and passed the Three Horses Beer (THB) factory. We’d discovered the day before that the popular Malagasy brew is pretty delicious! 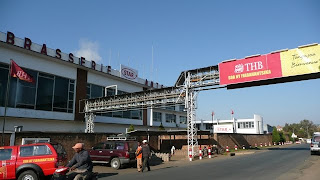 We wandered around the market a bit and had dinner at a Malagasy-spiced Chinese restaurant—super-delicious. Yann, however, has met his match with Malagasy hot sauce! He’s learned to taste it before dumping it all over his food. It is incredibly and unpredictably spicy. The highlight, however, was definitely the band that started right as we were finishing dinner. They covered a bunch of popular local music and were really great. 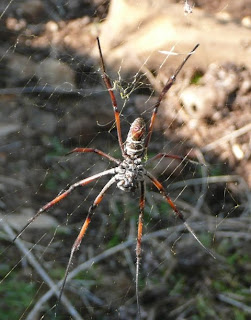 Posted by Catherine at 4:10 AM