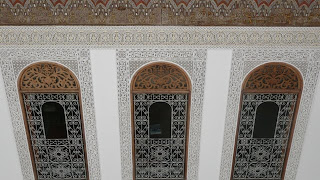 Before leaving on our trip it had been agreed that we would try and keep our accommodations in the budget to mid-range category with the occasional lay-over in some place nice. After our week in the desert we arrived in our first nice hotel of the trip--Dar Roumana (Fez, Morocco).

We came in off the little medina alley, tipped the guide who showed us to the door, and were warmly greeted at the door by the owner, Jennifer, who is an American that left investment banking to become a chef and run her inn of five beautiful suites. Stepping out of the doorway we were immersed in a beautiful courtyard decked out in the most beautiful Moroccan architectural finishes we had seen outside of a mosque. We were given some cold water while we checked in, met the house turtle, Eddie the toe-eater, and took a tour up and down the four story flights of stairs. 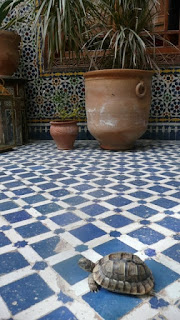 Over the course of the next day we would bump into Jennifer and asked questions about the inn. She had purchased it in 2002 and spent 3 years doing a significant renovation to the property which included extensive plaster carvings and re-finishing the hand carved cedar doors with steel wool and a lot of elbow grease. But wow, her time and hard work really paid off and Dar Roumana is truly an architectural gem.

I have spent hours staring at the carved plaster and cedar doors trying to imagine how much work went into even a square foot of a single carving. We love our new home of five days and after trying Jennifer's cooking last night, we might even stay another night! So with that, I have pictures for all those who appreciate architecture and fine artisan craft: 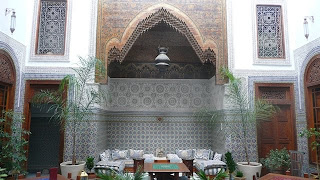 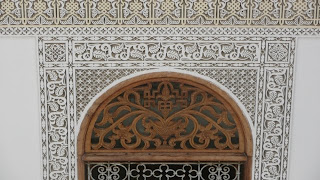 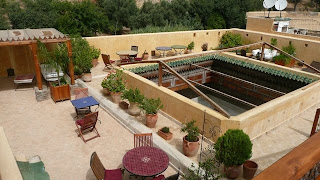 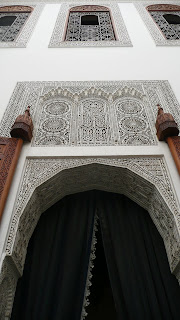 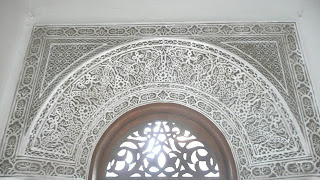 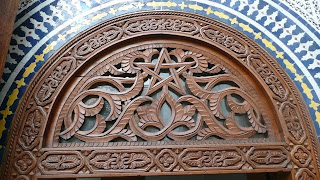 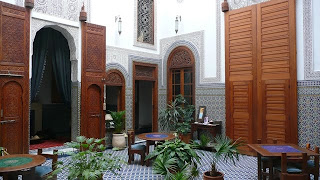 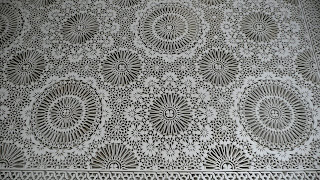