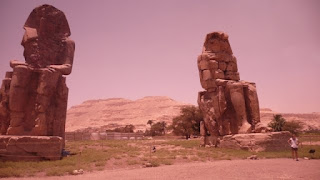 We definitely got a bit of a rough start in Cairo, but once we arrived in Luxor, things were looking up. Our train was about an hour and a half late arriving on Wednesday morning, but that worked out pretty perfectly since I didn't love the idea of trying to find a hotel at 6:30 AM. And it gave Yann the opportunity for a few more ZZZs...

We caught a cab to the Nefertiti Hotel which had high marks with both tripadvisor and the Lonely Planet. Luckily for us, they had a room available in about 45 minutes. In the meantime, would we like to get on the shuttle with 6-8 other people to see the sights on the West Bank? With nothing else to do and for 15 bucks apiece, why certainly! 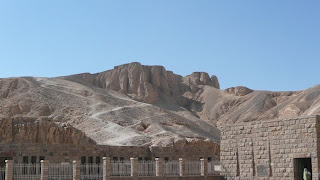 I quickly changed into shorts for the first time in more than three weeks. I felt kind of guilty, but hey I still had my shoulders covered and I had heard that Luxor heat, especially on the West Bank, was absolutely brutal. Even the guys at the hotel assured me that I'd be fine since I'd be around tourists all day.

[Note: Egypt is far less conservative than Morocco in many ways and the more relaxed dress for me was SO refreshing!]

We spent the morning checking out the Valley of the Kings, Valley of the Queens, Hapshepsut's Temple, and the Colossi of Memnon. In the Valley of the Kings, we saw three tombs, and I wish I could remember which ones...it was one of the Ramseses, Tuthmosis I (I think), and Horemheb? Between seeing the size of these tombs in Luxor and seeing their contents in the Egyptian Museum in Cairo, it is unbelievable how highly the ancient Egyptians thought of their royalty. Or actually, once we got to the tombs in the Valley of the Queens, how highly they thought of their kings! The tombs of the queens were still impressive, but not *nearly* as large as those of the kings.

My favorite of the morning was Hapshepsut's Temple. It was brutally hot walking around, but it was incredibly impressive. It's also interesting that so many of her statues have been damaged, possibly as an attempt by her son to have her reign removed from history. 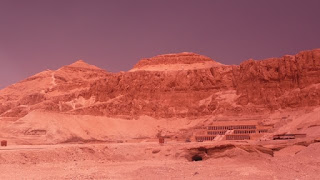 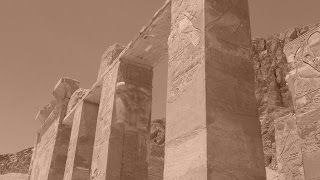 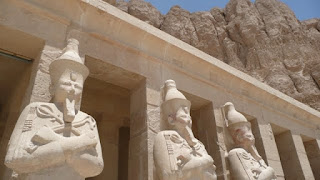 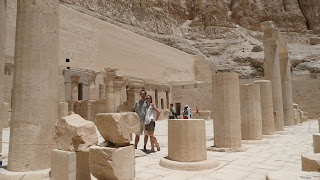 We met an interesting Calgarian woman on our tour as well. She had been traveling for about seven months with the intent to travel for the rest of the year. Pretty inspiring: she'd never left North America before she started her trip in Hawaii and she was doing the trip solo. She also had a Southeast Asia LP and we had a Croatia LP (since we decided not to go), so it was a convenient book swap over kushari later that afternoon. (kushari is a bowl of pasta, rice, garbanzo beans and spicy tomato sauce that you can get for about a dollar) 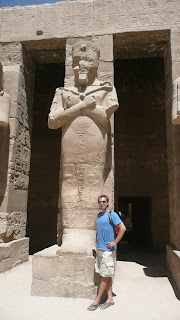 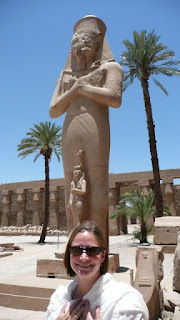 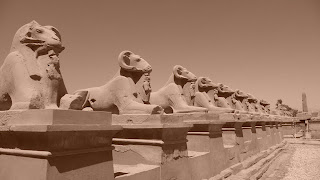 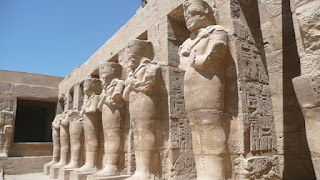 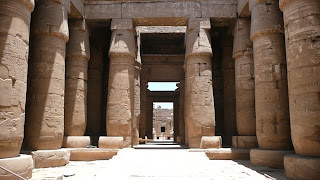 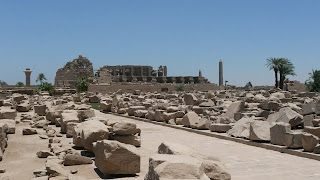 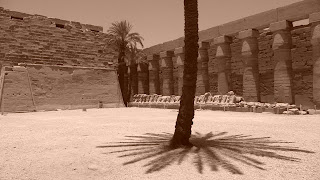 The next day, we decided to explore the East Bank on our own. We started out at Karnak Temple which is a complex of ancient temples and ruins. In lieu of a guide, I read Yann the highlights from the trusty LP. When we visited the Luxor Temple that night, I did the same--I'm not sure he loves this unofficial tour guide, but at least I'm free! The temple was really beautiful and eerie (and probably much less crowded) lit up at night. 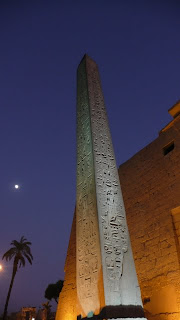 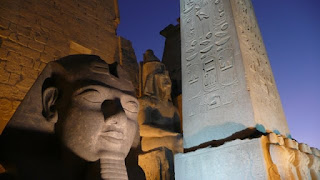 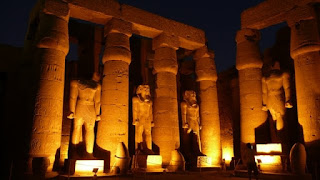 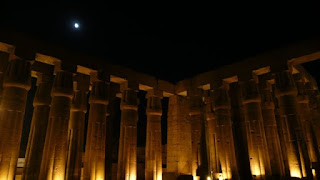 All of the ruins that we saw were really cool, but also kind of sad. It's unfortunate to see how much damage has been inflicted by looters and vandals. But on the other hand, I guess it's also pretty impressive that everything has held up as well as it has, considering the human damage and environmental elements. Regardless, it's amazing that all of this construction occurred during ancient times.

On Friday, before we left Luxor, we went to the Mummification Museum. Despite the fact that the collection was pretty small, it was very interesting and well-displayed. Unlike the Egyptian Museum, everything was labeled, so Yann didn't have to listen to my commentary!

Before we left I needed to buy a couple more desert friendly shirts. We stopped into a shop where the owner brought us in for tea while I tried on shirts. Midway through our shopping he quickly paused everything and decided to play dress up with Yann and I--do we look better as Egyptians? 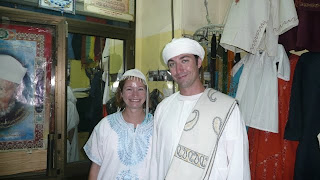 Posted by Catherine at 5:02 AM