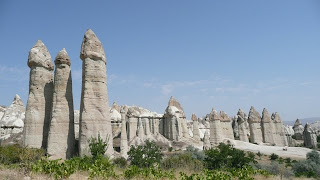 Mali had told us the night before that breakfast would be fantastic and it absolutely was: a bunch of different fruits, jams, spreads, cheese, veggies, pastries—yum! After that, were off to hike the White, Rose, and Red Valleys. It turned out that we had companions today: two French couples who turned out to be very nice. 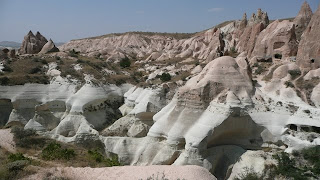 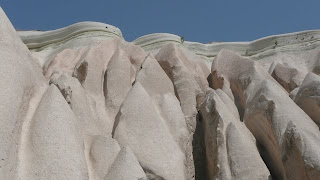 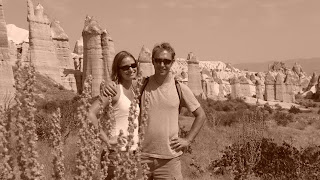 We also got to see a primitive church along the way. Note the reenactment performed by a local. 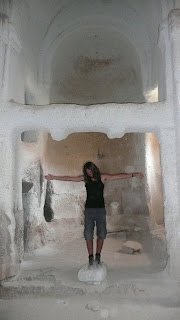 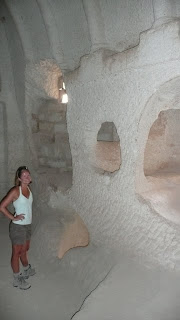 At the end of the afternoon, we wound up at an inn in Cavusin. It was a bit larger and slightly more hotel-ish than the place in Uchisar, but the family (I think) that ran it was really nice. No one really spoke English (although one guy mentioned he spoke German—about all of the German I could muster up was that I don’t speak it…), but they were super welcoming and definitely wanted Yann to know that not only did he look like Nicolas Cage, he may also look like Kevin Costner. Dinner was absolutely spectacular, maybe my favorite yet: another awesome soup, salad, spiced potatoes, stuffed grape leaves, mini stuffed peppers, a different kind of chewy bread, and chicken, vegetables and cheese in a pot. 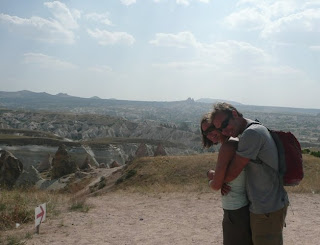 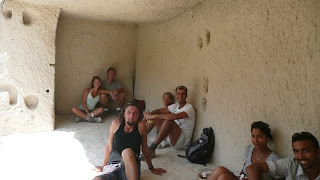 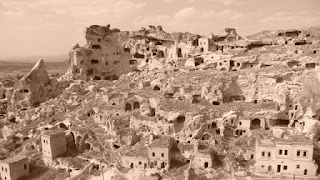 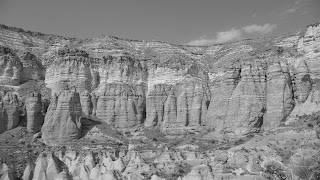 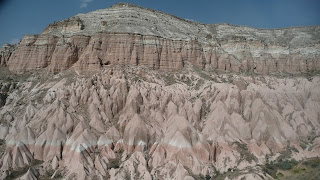 Posted by Catherine at 8:36 AM