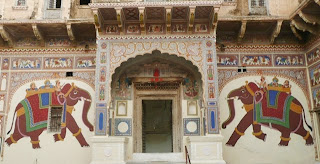 In Bikaner, we spent about two hours visiting the Junagarh Fort and Museum. The fort itself was pretty cool, but you were required to join a tour. We were the only English-speakers in a group of about thirty Hindi-speakers. The group size would have been pandemonium even without the two different languages. The museum was really lame, but did have spectacular photos of the maharaja displaying his might over the corpses of various wild animals.

The highlight of Bikaner was dinner. Surat suggested a hotel that had a rooftop restaurant and it had a lovely view and very nice and inexpensive local cuisine. Yum! 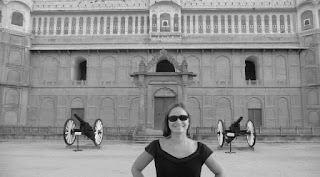 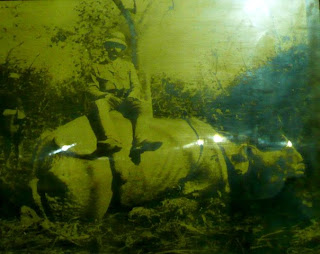 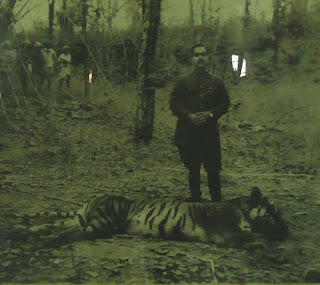 Posted by Catherine at 5:28 AM