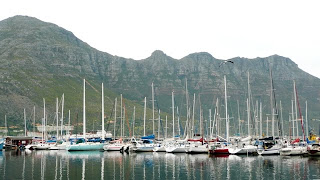 This was absolutely a cool tour, but it was still a tour. And a tour with a bunch of kids in their early 20s...am I becoming a cranky old lady? Most likely.

Anyway, we loaded into our bus with eight other tourists and made our way towards Hout's Bay and some gorgeous views of the twelve apostles mountains. Once we arrived, we had the option to take the ferry out to Duiker Island. It's forbidden to exit onto the island, but you get to see the colony of Cape Fur Seals that live there. They were pretty cool and pretty stinky. I don't think I've ever seen water so calm--it was a really nice ferry ride out and back. 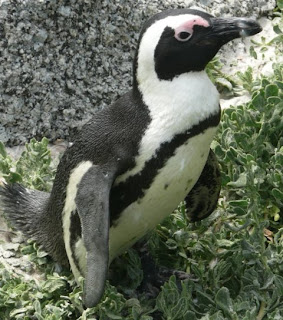 After that, we moved on to Boulders Beach in Simons Town, home to about 3,900 of the endangered Jackass Penguins. It was quite a spectacular site seeing all of those guys together. They were definitely some of the *ugliest* penguins...they were shedding their winter feathers and generally just really messy looking. One guy's chest was covered in algae! It was really cute watching them waddle around though. 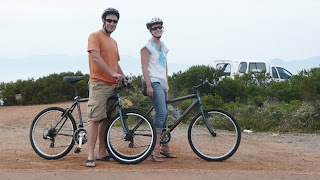 Miraculously, I survived the 6K (downhill) bike ride that followed through the reserve. Yann said it was gorgeous and relaxing, but I was too busy white-knuckling my handlebars and trying not to fall off the road to notice. I'm not sure why I'm such a wuss about bikes, but I really don't like them. Maybe because I fell off of one and broke my arm when I was nine or something. 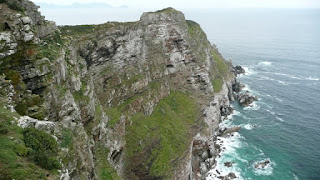 We had a quick picnic lunch and continued on to the Cape of Good Hope and Cape Point, the southwesternmost tip of Africa. It was windy, rocky, wavy, and breathtakingly beautiful and I'm sure our pictures cannot begin to do it justice. 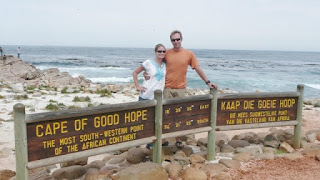 Back in town, we went out for what may have been our very favorite seafood meal of all time. We went to the Codfather in Camps Bay. They don't have a menu, but instead take you to their seafood case and have you pick out what you would like grilled, tally it up by weight, add a starch and veg, and within about ten minutes, you have dinner. They serve it with four very simple and unobtrusive sauces on the side: sweet chili, lemon butter, garlic, and hot chili. Nothing was overcooked and it was all unbelievably fresh. We had king clip (mild, slightly meaty white fish), seared yellowfin tuna, two types of prawns, and a handful of calamari. Even the sauteed vegetables were amazing! 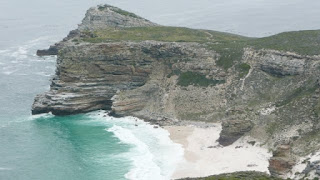 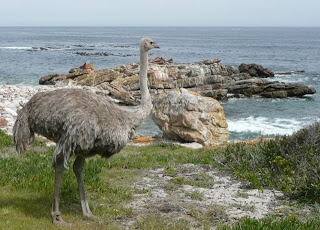 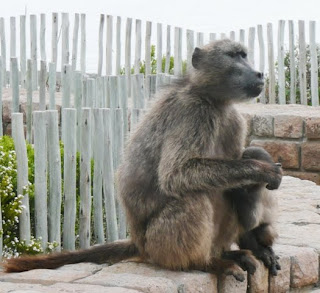